NEW YORK - Con Edison is proud to support Climate Week NYC 2021 as it works with its customers to lower emissions and fight climate change.

NEW YORK - Con Edison is proud to support Climate Week NYC 2021 as it works with its customers to lower emissions and fight climate change.

The company is a transport sponsor of the event, which begins today and runs through Saturday.

“The electrification of transportation alongside the rise of clean renewable power is critical in the fight against climate change,” said Leonard Singh, senior vice president, Customer Energy Solutions, for Con Edison. “We are all in on electric vehicles, and working every day to make it more convenient and cost-effective for New York City’s drivers to switch to EVs. We’re proud to partner with Climate Week NYC at this momentous time for our city and our planet."

Con Edison’s role as transport sponsor is fitting, given the company’s emphasis on making it more convenient and economical for drivers to choose electric vehicles.

Support for EVs is a key part of Con Edison’s Clean Energy Commitment. The company’s clean transportation initiatives include:

The Smart Electric Power Alliance – or SEPA – lists Con Edison on its 2021 Utility Transformation Leaderboard in recognition of the company’s efforts to create a carbon-free energy system.

·       Con Edison has helped customers complete 40,000 solar projects with the capacity to produce 362.6 megawatts of clean power. During a year, the panels produce enough power to prevent the amount of greenhouse gases produced by 70,000 vehicles with internal combustion engines.

·       Through its Clean Energy Businesses, Con Edison Inc. is the second largest solar producer in North America and seventh largest in the world with resources in operation or under construction in 20 states. The company has been clear in its support of President Biden’s plan to dramatically increase solar generation.

The company is also investing in battery storage technology, which pairs well with renewable energy. Batteries allow power from solar panels and windmills to be stored for distribution to customers when they need it.

Con Edison and a partner, 174 Power Global, plan to place the largest battery system in the state at the site of a former fossil fuel plant near the East River in Astoria.

The addition of large amounts of renewable energy in New York State – including 9,000 megawatts of offshore wind - also requires investment in transmission lines to bring that power to population centers. Con Edison recently got approval to invest $780 million in three important transmission projects.

Con Edison would like to do even more. The company is seeking regulatory approval to add many medium- and large-scale renewable generation projects in New York.

Con Edison is a subsidiary of Consolidated Edison, Inc. [NYSE: ED], one of the nation’s largest investor-owned energy companies, with approximately $12 billion in annual revenues and $63 billion in assets. The utility delivers electricity, natural gas and steam to 3.5 million customers in New York City and Westchester County, N.Y. For financial, operations and customer service information, visit conEd.com. For energy efficiency information, visit coned.com/energyefficiency  Also, visit us on Twitter and Facebook.

Climate Week NYC is the time and place where the world gathers to showcase amazing climate action and discuss how to do more. Run by the international non-profit Climate Group, in partnership with the United Nations General Assembly (UNGA) and the City of New York, Climate Week NYC annually brings together voices from across the spectrum to discuss and implement climate action now.

Climate Group drives climate action. Fast. Our goal is a world of net zero carbon emissions by 2050, with greater prosperity for all. We focus on systems with the highest emissions and where our networks have the greatest opportunity to drive change. We do this by building large and influential networks and holding organizations accountable, turning their commitments into action. We share what we achieve together to show more organizations what they could do. We are an international non-profit organization, founded in 2004, with offices in London, New Delhi and New York. We are proud to be part of the We Mean Business coalition. Follow us on Twitter @ClimateGroup.

Photo on page 1: A Con Edison electric vehicle at the company’s headquarters in Manhattan.

Top photo on page 2: A solar array atop an Amazon building in Staten Island. 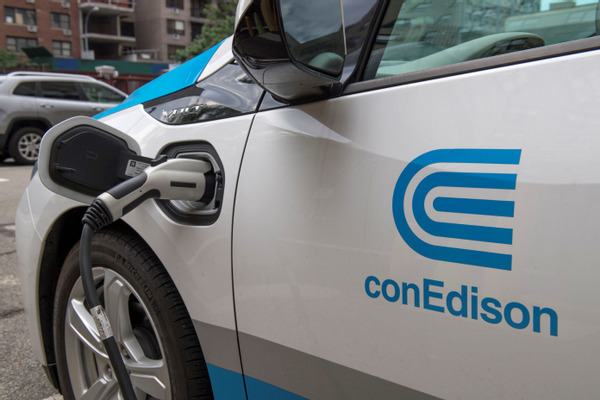 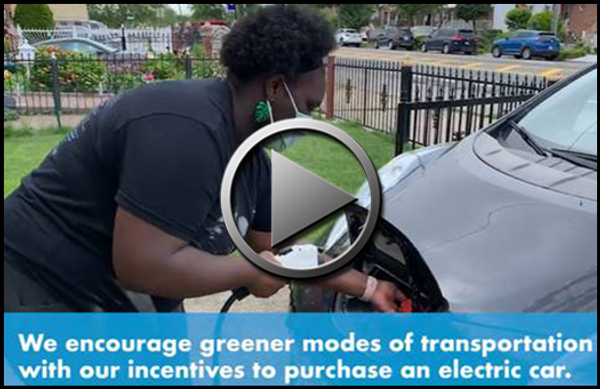